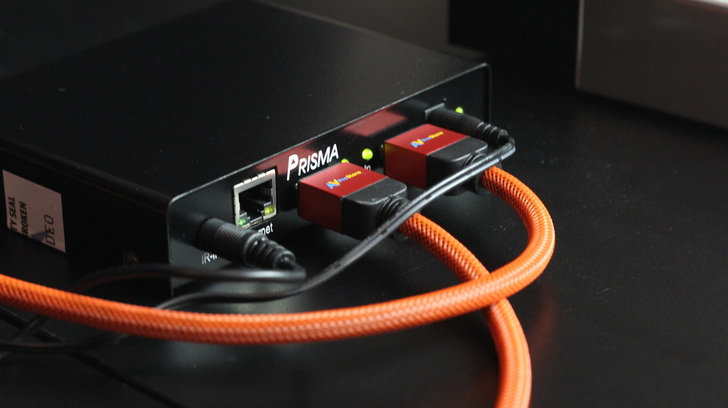 "If you’ve shopped TVs recently, you’ve no doubt been seduced by the term 4K UHD (Ultra High Definition). When UHD was first introduced a few years ago, it represented a jump in resolution – basically four times the resolution of 1080p HD. That seemed like a pretty big deal, but we now know that, in 2015, UHD is taking on an entirely new meaning. Going forward, the very best UHD TVs will not only offer higher resolution, but also offer more colors than ever before and something called High Dynamic Range, or HDR."

"The idea behind HDR is that it can provide a higher level of contrast between light and dark images on the screen to create a much more realistic image. That may not sound like a lot on paper, but in reality, it’s a pretty significant move. In fact, many in the industry believe HDR represents a significantly bigger leap in picture quality than UHD’s higher resolution."

"Imagine a TV picture that is more like what you see in real life. One with spectral highlights closer to what you see when the sun gleams off the surface of a lake, or when the stars and moon are especially bright in the sky. Imagine getting to see the exact same shade of green you see on Los Angeles’ highway signs on a TV for the very first time (did you know TVs haven’t been able to faithfully produce that color?) or a shade of red envisioned by a movie director that is so bright and exotic, you’re convinced you’ve never seen it before. HDR makes that possible."

Bottom line is that HDR is the biggest game changer that has come along in TV technology in quite a while - probably since when we went from tapes to DVDs.

What HDR does to a movie is to take advantage of new technologies being developed in TVs to get closer to reproducing content that we - humans - see in nature (expanded color gamut), and improves and enhances contrast ratio - specifically targeting human rod receptors ability to discern and enjoy deep blacks in movies like The Dark Night and Gladiator and enhanced luminance (brightness) in movies like Jurassic Park and Your Breaking Point when panning to a shot of the sun or late night lighting scenes that give extra pop and sensation to the movie.

The diagram below is a chart that represents human vision - the entire chart represents the limits of human vision  - we see colors between 380-750 nanometers - above and below that are infrared and ultraviolet - technologies used for night vision goggles and remote controls...The holy grail for TV inventors is to cover and be able to reproduce the entire visual spectrum on a TV. On the content production side (Hollywood and Bollywood) this is already possible with the latest advancements in camera and filter technology.

When you think of HDR, think of the following two images:  The typical gamut triangle is turned sideways (in 3D), and it’s taller.  Wide gamut color makes the triangle bigger, HDR makes it taller.

HDR increases the range of brightness in an image to boost the contrast between the lightest lights and the darkest darks. If you’re having difficulty grasping how that translates into a more realistic image on your screen, think of the subtle tonal gradations a fine artist creates in a charcoal drawing to build the illusion of volume, mass, and texture, and you should begin to get the picture. But HDR doesn’t just improve grayscale; its greater luminance range opens up a video’s color palette as well.

The result is richer, more lifelike video images. Rather than washing out to white, as it would in conventional video, a ray of sunlight reflecting off a lake in HDR will gleam, and a bright cloud will appear soft and cottony. Basically any image your current TV would render shadowed, dull, muddy, or bleached out will look nuanced, vibrant, and strikingly realistic in HDR.

Enter PrismaHDR. If you read the documents we posted below you will notice that HDR and employing HDR is a quagmire at the moment and there are major players vying for industry adoption - some are fee based and some are license free. You will also read about deployment and standards and a thing called metadata. Metadata is created at the point in time when the image is captured by the camera thus allowing the colorist or imaging specialist for edit the content and validate metadata to scene information to create and reproduce the directors intent to provide the enhancements discussed above to the final released version of the movie.

All real cool stuff and we can't wait until the "war" ends and all the major players adopt a standard be it HDR-10, BBC, Philips, Technicolor or Dolby.

What we have been experimenting with in our top-secret labs in South Dakota is using a device we call the PrismaHDR, which is a 17x17x17 LUT & Unsharp Mask Video Processor to inject special metadata inline with common DVD and Bluray player as follows:  BRP --> PrismaHDR --> HDR TV. We have tried several different off the shelve 1080P Blu-ray and 480I DVD movies in several off the shelve players into HDR TVs from LG, Samsung and Sony and the result?

Q.  I bought a new high-end HDR display this past year, but all the content looks the same.  Why is that?

A.  HDR isn’t really enabled until the content tells the display to do it (the metadata comment).  PrismaHDR does three things to make a better picture on your HDR display with all current content and sources.  First, it uses the sharpening to improve picture detail lost in compression and distribution.  Second, it uses the 3D LUT technology to precisely correct color for your display.  Third, it forces the HDR display into true HDR mode to get the real dark blacks and bright whites.

Q. I’m a videophile and I have calibrated my display, but when I play HDR content, the colors are all wrong again.  What’s up with that?

A. When the content sends the HDR metadata, the display is put into a completely different processing mode.  Think of it kind of like another “secret” picture mode - like Movie or Sports mode, except this one you can’t get to with any remote control. Any calibrations or adjustments you’ve done to the picture go out the window when this HDR mode is enabled.  Again, PrismaHDR to the rescue - the Prisma’s HDR setting is specifically attached to a Preset mode. So you can easily enable HDR on one Preset, run your calibration and have a 100% calibrated HDR mode.  Now having calibrated HDR is as easy as switching the Preset.

Q. I’ve heard of other boxes that claim to do this with EDID and InfoFrame magic - these are really cheap boxes, aren’t they doing the same thing?

A. No - the boxes that only spoof metadata can certainly enable the modes, but without the LUT and sharpening algorithms, you will not get a better picture.  Think of these HDMI data tricks like turning on the firehose - you’ll certainly get a big drink, but it probably won’t be better.  PrismaHDR’s processing algorithms are like the fine control valve for this big color and video spigot- they make this huge amount of image and color data actually usable.